The Worst Coffee I’ve Ever Had 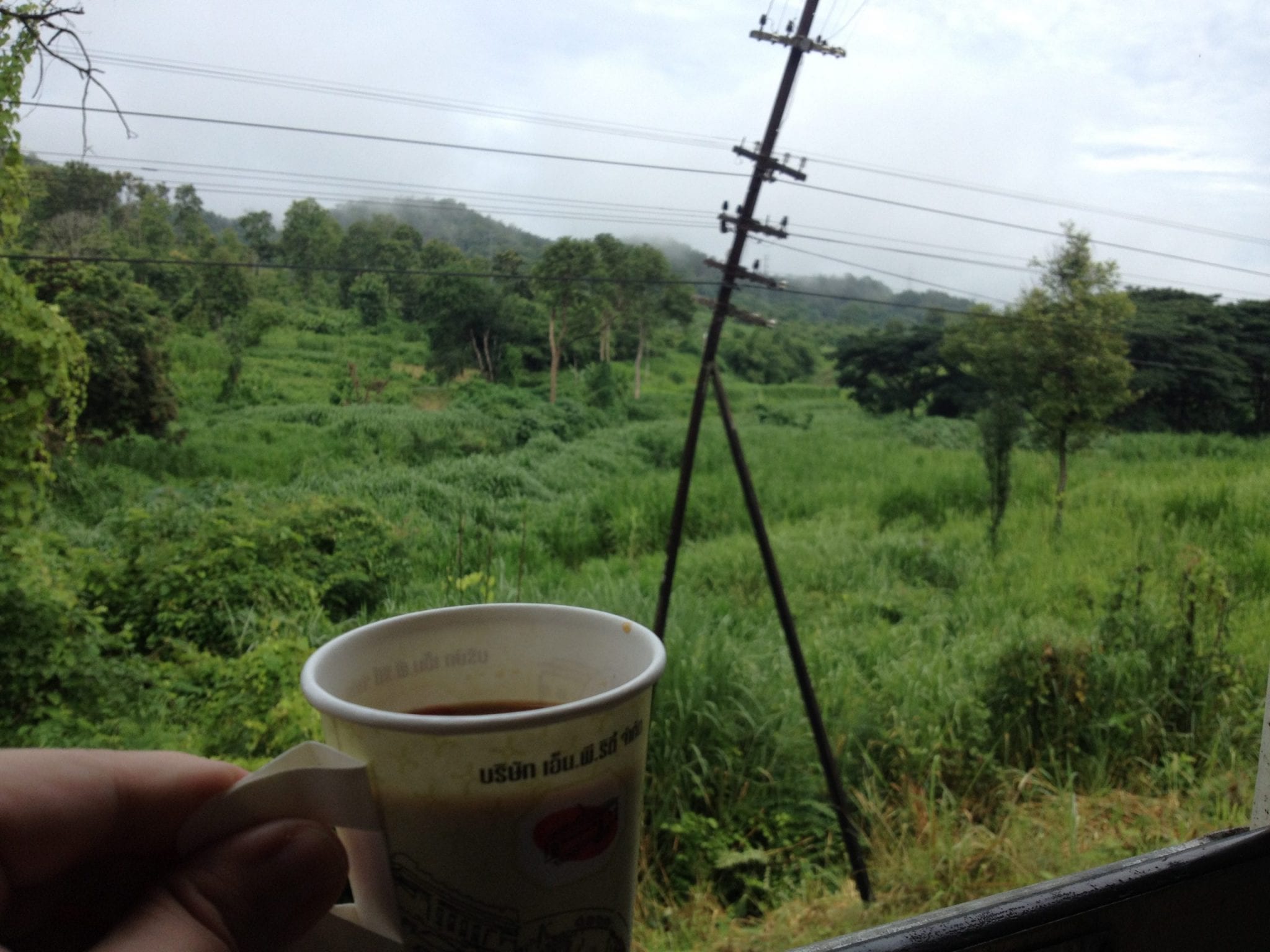 I like telling the story of ‘The Worst Coffee I’ve Ever Had.' Because it’s a sensationalist title… And it’s also pretty technically true. But it’s also one of the best cups of coffee I’ve ever enjoyed in my life.

Once upon a time… I was living and traveling for a spell in Thailand.

This is a beautiful place to spend some time in another world, if you have the flexibility. Money is not an issue. Most everything in Thailand (which isn’t imported) costs 1/7th or less of what it does in the US.

The cities are crowded, but the people are delightful. And the food…

Thailand is well known for their food, especially their street food in the major cities.

You might be thinking ‘there’s no way I go to a foreign land and eat street food – I don’t want to take the risk and get ill.’  The thing is, street food is the safest, and most delicious way to enjoy the local fares of the Thai people. Two reasons – you see EXACTLY how they handle and make their food. And because they are working off carts, or small stalls, all their food is fresh to the day.

That’s one of the best meals I’ve had in my life. It was a hot SPICY soup. It was probably 100+ Degrees out and 100% humidity. I remember leaning over my soup watching my sweat drip off my face as I devoured the fresh deliciousness.

This story here is about the worst cup of coffee I’ve ever had, not about soup.

Naturally, as I was exploring the local culture, I had to find out what sort of coffee people enjoyed in Thailand. Where was ‘the best?’

While I did find a handful of people serving top quality hand crafted coffee, I learned a few key things about coffee in Thailand.

First, they actually grow coffee in the country, in the north. This isn’t terribly surprising. The way it came about is interesting. In the 80s, there was an epidemic of farming opium. The Thai King didn’t want his people growing this – but they had to grow something. So he created a program to provide coffee trees free for any farmer who would replace their opium.

Fast forward to today, coffee is grown all over the north of Thailand (which is essentially the foothills of the Himalayas). The challenge is that the coffee being grown is a relatively mundane variety of Arabica (in short, Arabica is the species of coffee most people consume, as it’s the tastiest, and that species has thousands of varieties which all taste different). These coffee farmers also didn’t have high-end production practice.

Coffee takes a huge amount of effort to make at a high quality, and there’s just not that much money in it in Thailand. In order to make it at high quality, they’d have to sell it internationally – but they’d need it to be high quality to do that. Chicken and egg.

If you visit a specialty cafe in Thailand, you’ll discover a mix of local and imported coffee. Depending on the roaster, it’s likely the imported coffee tastes a lot better, but you’re going to pay the same for that cup of coffee as you would in the states.

Remember that beautiful soup meal that I had for $1?

Why is coffee different?

Thailand has a huge import tax, upwards of 90%. In order to serve expats great coffee, these roasters have to import coffee, because most Thai coffee is just not that amazing. Most actually is produced without a lot of craft, bunched together, and roasted to char in large batches.

I found myself on this trip of a lifetime (I actually spent several months in the country, not being a tourist, just living and working remotely), living a new life, expanding my perceptions of the world, growing, and just generally feeling wild and free.

In the middle of my time there I had the opportunity to take a train north. This ride is about 15 hours, and includes an overnight on the train.

I LOVE a train trip.

Naturally, I was blessedly eager to languorously make my way through the countryside.

The morning of the trip, after having spent the night on the train (I sleep easy on a train, I find the clacking of the track and the gentle rocking to be rather soothing), I made my way to the dining car for some breakfast.

This was actually reasonably early as I recall. A little bit after sunrise (which in Thailand is always around 6-7 am), I found myself sitting in a mostly empty dining car.

To paint a picture…

Thai trains are mostly old smaller gage (narrower) trains from the 40s. They are like tin cans. Though the ‘more expensive’ (like $10 for a ticket) sleeper cars are a bit more solid and have AC. The diner car felt much like a tin can. The train was clacking through the jungle and having a pretty solid rocking back and forth, such that I had to hold onto something while walking and standing. The diner car also had all the windows open, as it was also the kitchen.

I sat next to an open window, enjoying the sounds of the rail travel, watching the jungle roll by, seeing the Himalayan foothills peeking over the treetops.

I ordered jok – this is Thai congee, a rice porridge usually with pork balls, ginger, onions, basil, etc. It’s a popular breakfast, full of delicious flavor, and satisfying. One of my favorites.

I was in a particularly positive mood. I had that wild and free sensation. I was the furthest away form anything I’d ever gotten in life. I was on my own. I was really feeling life and the world around me.

I knew the coffee was not going to be good. It was brewed in some beat up metal vat on a train, and it cost almost nothing. I knew it was Thai coffee, and I knew how Thai coffee was produced.

I ordered it anyways. After all, when could I possibly enjoy a cup of coffee again, hurtling through a jungle on a train in the Himalayan Foothills?  Also my expectation and understanding was clear, so I wouldn’t be disappointed.

I don’t really remember anything about the taste of that coffee. I surely dumped packaged cream and sugar into it.

What I do remember is sitting by that window, feeling the warmth of it deeply in my soul.

That was surely one of the best cups of coffee of my life.