A Simple Cup of Coffee 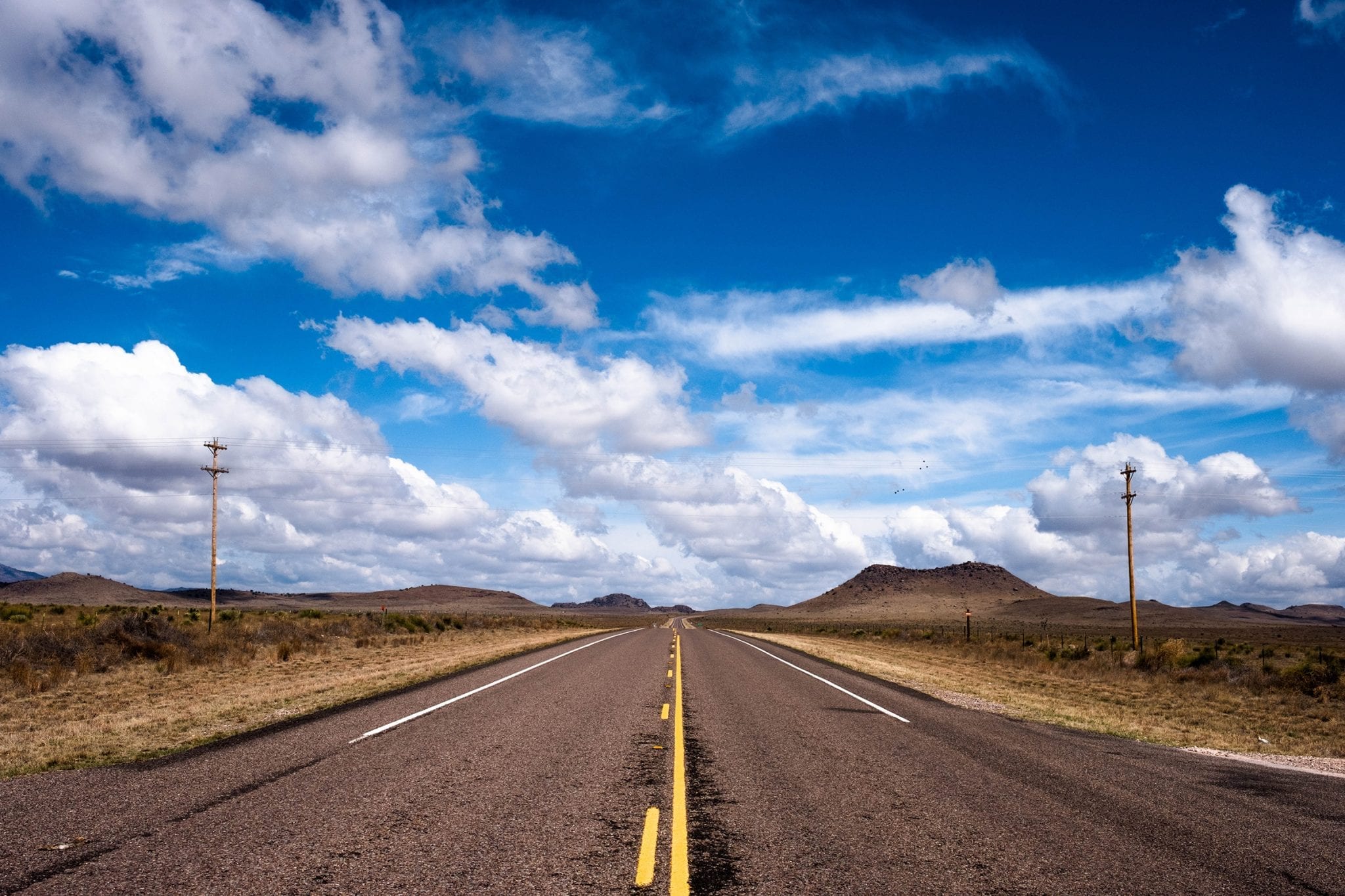 It all started with a simple cup of coffee and a song.

It usually starts this way. After the first few minutes with a really good cup of coffee, and if I’m alone, my eyes close around the past.  Sometimes it’s the kind of memory that takes me home to Texas. 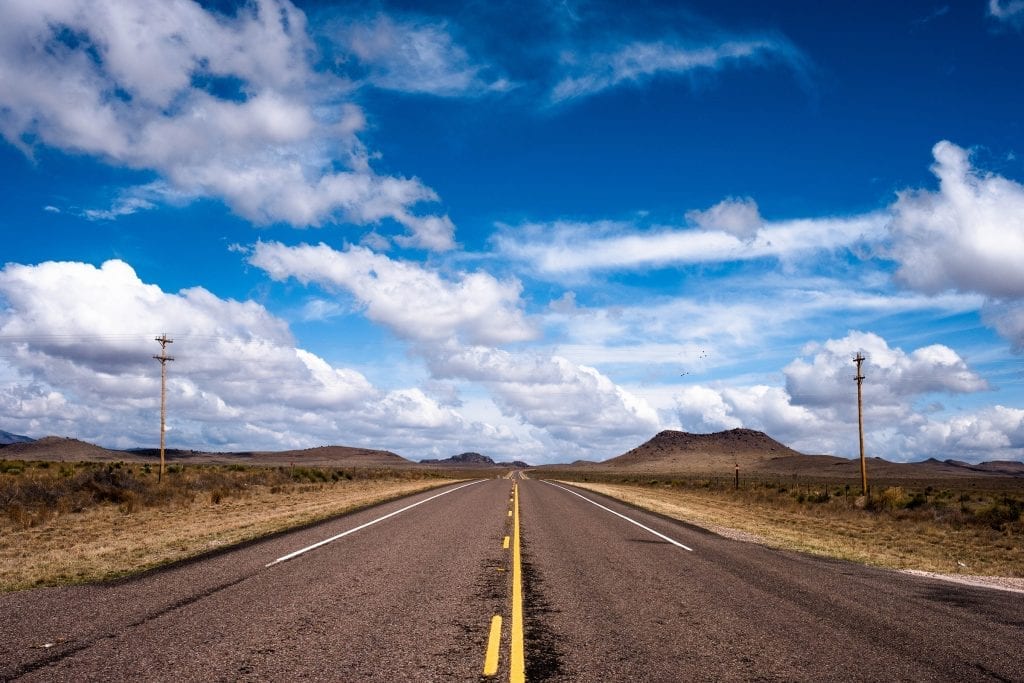 Most of the time it’s the little things that move me. Like the touch of moonlight through the leaves of a live oak tree, and the sound of my daughters playing across the street when they were small. Even the taste of fresh brewed coffee on a cool Texas hill country fall afternoon can do it.

I had one of those moments the other day, from one of the last places I would have expected, a Starbucks coffee café in downtown Seattle. There was freezing foggy rain outside, but I held a dark roast Sumatra drip in a ceramic cup. 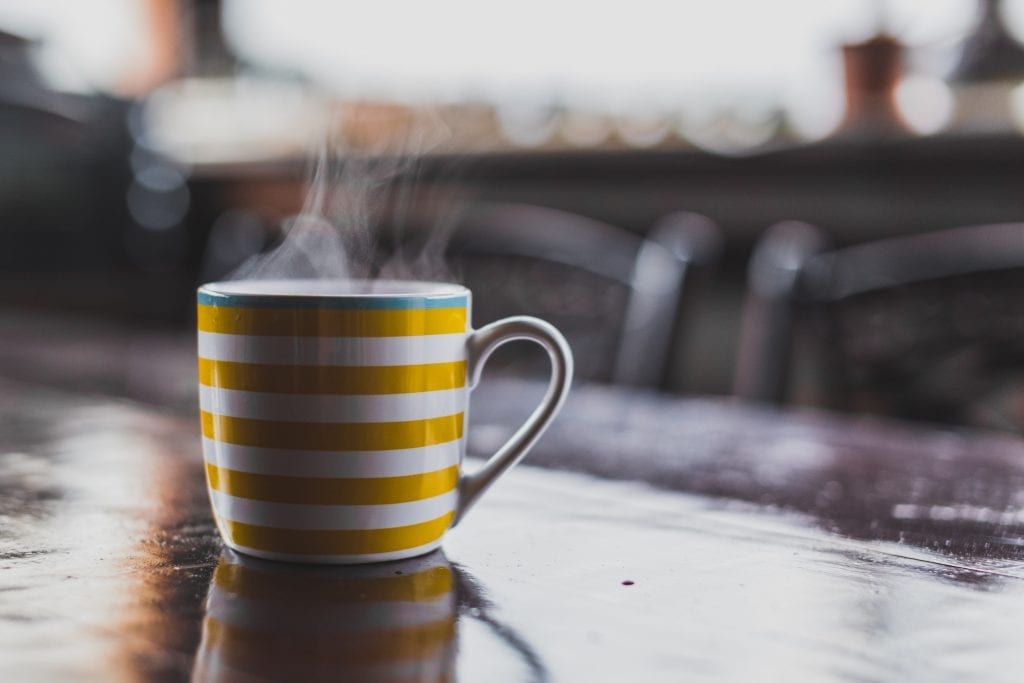 A dark roast drip in a 16 oz ceramic cup, 4 packets of raw sugar, 2 teaspoons of half-and-half vigorously stirred with a real metal spoon, and a side glass of water swimming in ice are the simple joys, done just right. A cup of coffee and a classic song draw out a memory. “I Will Wait” by Mumford & Sons is playing above the murmur of the crowd.

So I'll be bold

As well as strong

And use my head alongside my heart

So tame my flesh

And fix my eyes

That tethered mind free from the lies

But I'll kneel down

And bow my head

It’s the day after Thanksgiving and I am here in Starbucks lounging in this comfortable chair. The impassioned folk bluegrass of Mumford syncopated with the rain reminds me. It reminds me of Austin after the Armadillo World Headquarters faded into myth.

Memories eventually take me back to Texas.

Thirteen years ago I was in Austin sitting on the side-porch outside this place called Starbucks. It was November 24th, the day after Thanksgiving all the way back to the year 2000. Before I ever walked into the most popular coffee shop in the world to get a simple cup of drip coffee I sat on their porch. I didn’t know the significance of where I was. All that mattered was that it was the day of “the Game.” 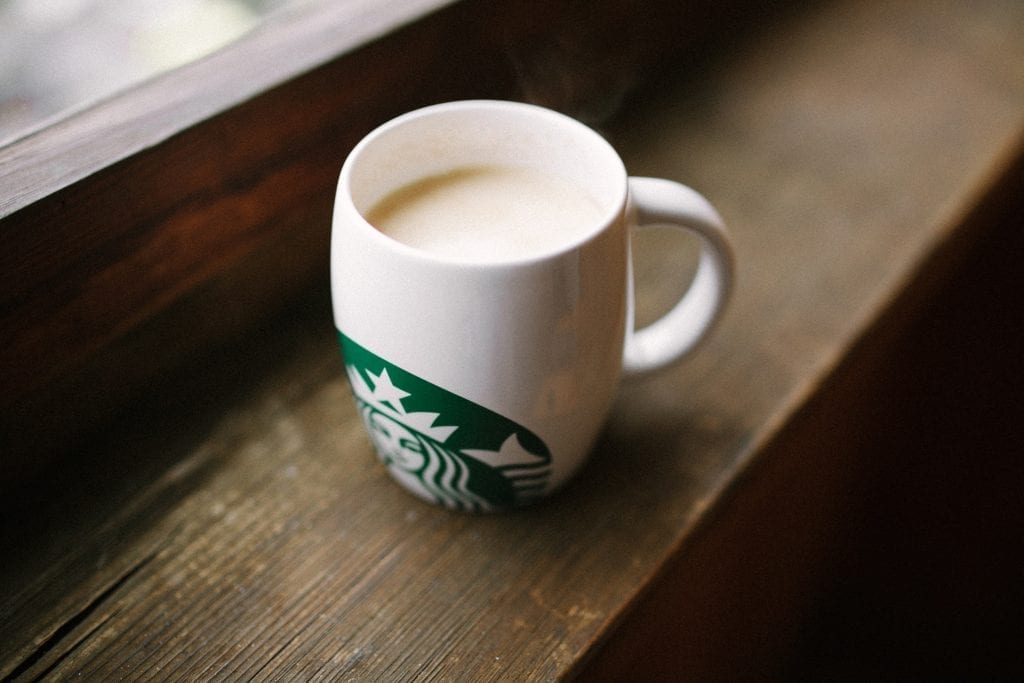 The University of Texas Longhorns and the Texas A&M Aggies have been football rivals since 1894, and the home-at-home games are unmatched in their pageantry and hatred. The burnt orange and white of Texas leads the series 76 to 37 with 5 ties and today marks their 106th Lone Star battle. Both schools cite the other in their fight song (“and it's goodbye to A&M” in Texas Fight, and the second verse of the Aggie War Hymn is exclusively about Texas, “Good bye to texas university So long to the orange and the white”)

So, long before there were one of these shops and sometimes two on every corner of the country I was there on their porch. Never having sampled their brand of coffee I went inside to have a taste while I waited for my sister to show. The coffee shop occupied the same building with the Smoothie King and was next door to the original Whole Earth Provision Company. It was one block off “the Drag.”

The slice of Guadalupe Street that runs along the western edge of the University of Texas campus is known as “the Drag.” By the turn of this new century it had turned into mainstream campus America rather than like the early years when it was the home to underground bookstores, tattoo parlors, hippie murals, eclectic shops, and street vendors.

The 1960’s were slow to end in the only place in Texas where you probably wouldn’t get hassled for having long hair.  Along “the Drag,” commercial businesses and churches are primarily on the west side of the street with campus buildings on the east.

There is the old Varsity Theatre with its murals and across the street is University Methodist where I spent some of my misbegotten youth.

It is all there, but a decent cup of coffee. Then Starbucks joined the scene and even the hipper critics were known to sip the magic brew. That blustery post-Thanksgiving day was a fine example of a revival of 1960s fashion from 1993 onwards, including hippie-style floral dresses, turtleneck shirts, lace blouses, and Gypsy tops. 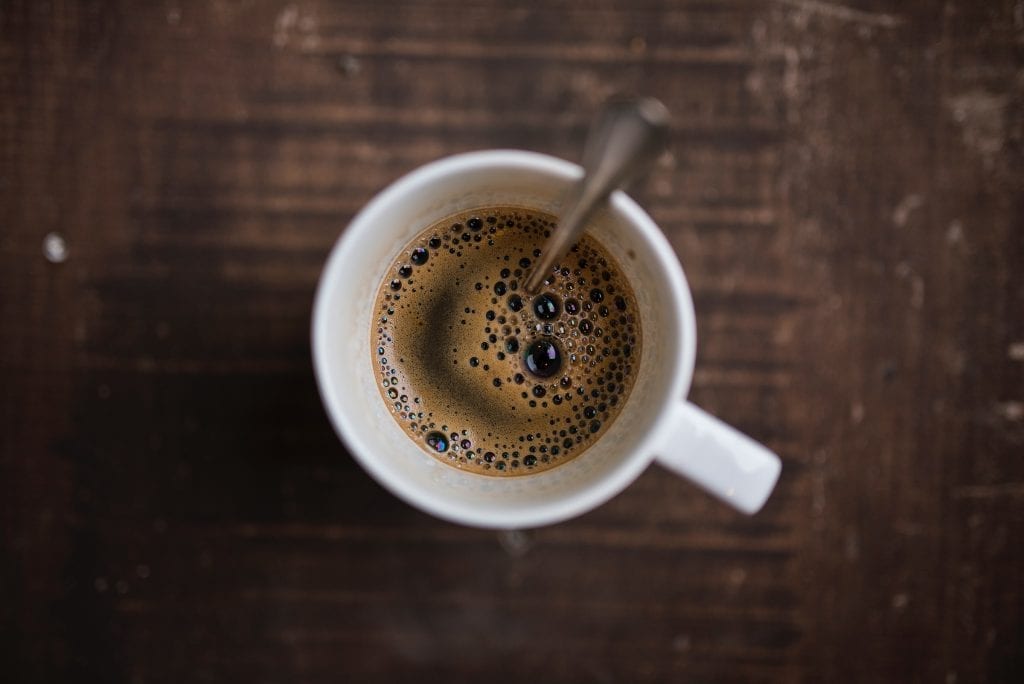 Somewhere during the parade I went inside for my second cup of this supernatural black liquid. And this time I heard music in the atmosphere. Above and through the milling crowd moaned the voice of Johnny Cash. At 68 he had just released “American III: Solitary Man” his 85th overall album. The tune was his numbing and anguished version of the Nick Cave lyrical obsession with religion, death, love and violence, “The Mercy Seat.”

And the mercy seat is waiting

And I think my head is burning

And in a way I'm yearning

To be done with all this measuring of truth.

An eye for an eye

And a tooth for a tooth

And anyway I told the truth

And I'm not afraid to die.

By the time I returned to the porch I was becoming a convert to this corporate coffee house. This was three years before my quadruple bypass heart surgery, and I was still a pack-a-day smoker. Outside and alone I lit up. 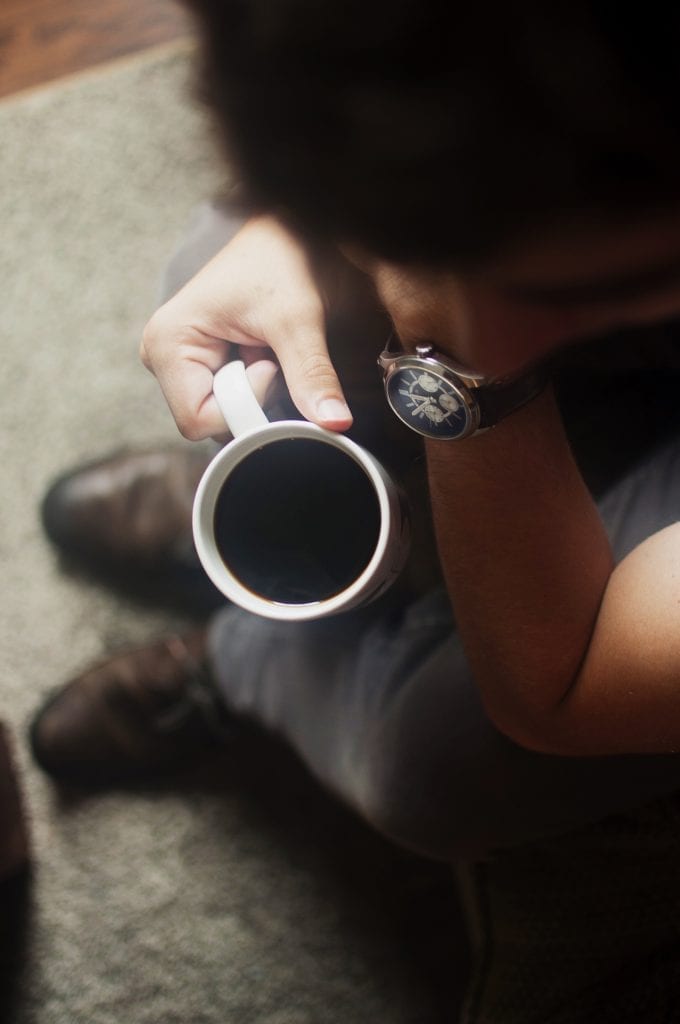 My sister and brother-in-law came and went. “The Game” played on, and I found I hadn’t left my place on Starbuck’s porch. Back inside the crowd waxed and waned and on my fourth or fifth refill trip I heard someone say that Bush's Vice-Presidential running mate, Dick Cheney, was released from the hospital after suffering a mild heart attack.

After a trip to the (spotless) facilities, I picked up the front page section of the Austin American Statesman and took my pace in the evening breeze.

The paper reported that the United States Supreme Court had agreed to hear arguments in an appeal from George W. Bush on the November 21st Florida Supreme Court ruling that selective manual recounts must be included in the state's final presidential tally. The hearing was set for December 1, 2000. It was odd being in Austin less than a mile away from the Governor’s Mansion where Bush was hiding out.

I put the paper under my cup and dug my copy of The Amber Spyglass out of the side pocket of my jean jacket. This was the third and final novel published earlier that year by English author Philip Pullman from His Dark Materials series. Late in the book, I spoke what has become my favorite quote. I read it out loud.

“We have to build the Republic of Heaven where we are because for us there is no elsewhere.

We have to be all those difficult things like cheerful and kind and curious and patient, and we've got to study and think and work hard, all of us, in all our different worlds, and then we'll build…' […]

‘And then what?' said Pantalaimon sleepily. ‘Build what?'

‘The Republic of Heaven,' said Lyra.”

As a grad from Austin Presbyterian Theological Seminary at the cusp of a new century, I could ask for only one boon. I needed a refill of this Texas black gold. Besides “the Game” was out of reach and the crowds were filtering by my perch on the porch. Soon the shop would be filled with the winners and the losers, and I didn’t want to be between them. The latest hit from U2, “Beautiful Day,” was just about to finish overhead.

What you don't know you can feel it somehow

Was a beautiful day

It certainly had been.

The first stars were twinkling by the time I took my seat and my favorite girl band came on over the outdoor speakers. It was “Cowboy Take Me Away” by the Dixie Chicks from their 1999 album, “Fly.” Lead singer Natalie Maines crooned,

I said, “I wanna touch the earth

I wanna break it in my hands

I wanna grow something

I wanna sleep on the hard ground

In the comfort of your arms

On a pillow of bluebonnets

In a blanket made of stars

Oh it sounds good to me

I say, “Cowboy take me away

Fly this girl as high as you can

Into the wild blue”

Set me free oh I pray

Closer to Heaven above and

By now this cowboy was a believer. I’d been hangin’ out on Starbucks porch for almost three hours I was five or seven refills in and no one seemed to care. Mellow music was sailing about me. “If there are places like this spreading across the land then this Century has hope,” I thought out loud. 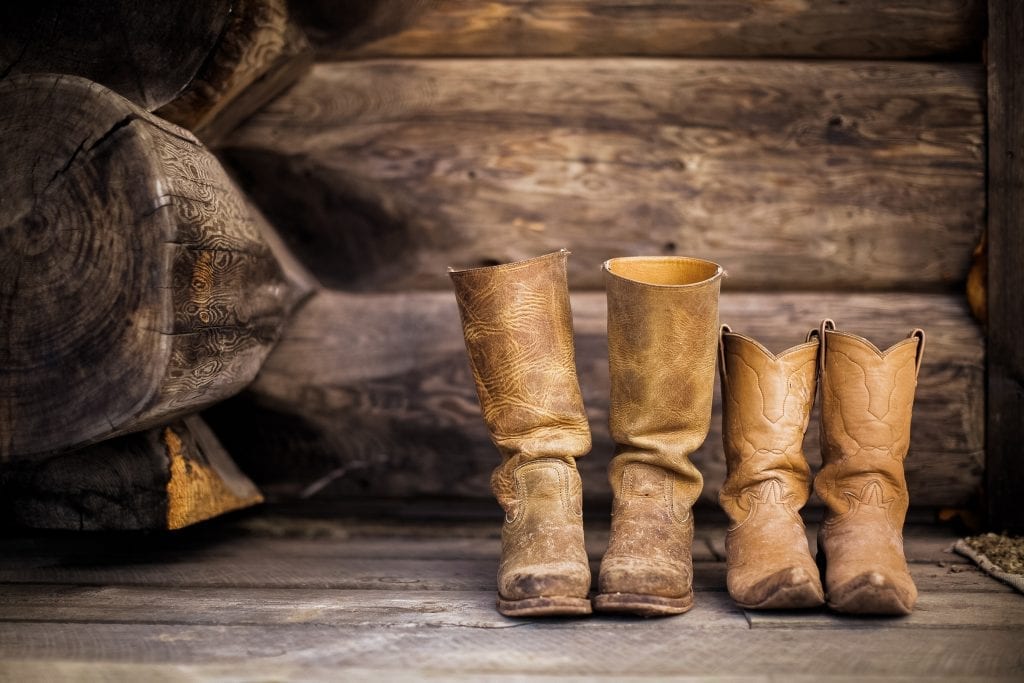 Over on campus, I could see that Texas had won. The main building, The Tower, was bathed in orange light with the office windows lit white to form the numeral “1.” I overheard the score was the number-12-ranked Texas Longhorns had downed their dreaded rival the Texas A&M Aggies 43-17 before a hoard of 84,000 fans.

It would be another half hour before my sister and brother-in-law would show up ready for a Tex-Mex feast. So I sipped my cool coffee. I had time to sing along with Rob Thomas on “Smooth” from “Supernatural” by Santana, the nine-time Grammy winner released in 1999. The caffeine was a big help in my delivery.

All of this was before I ever owned a coffee card or knew about anything about a half-caf-decaf latte, or even what a barista was.

It all started with a simple cup of coffee. Everything does 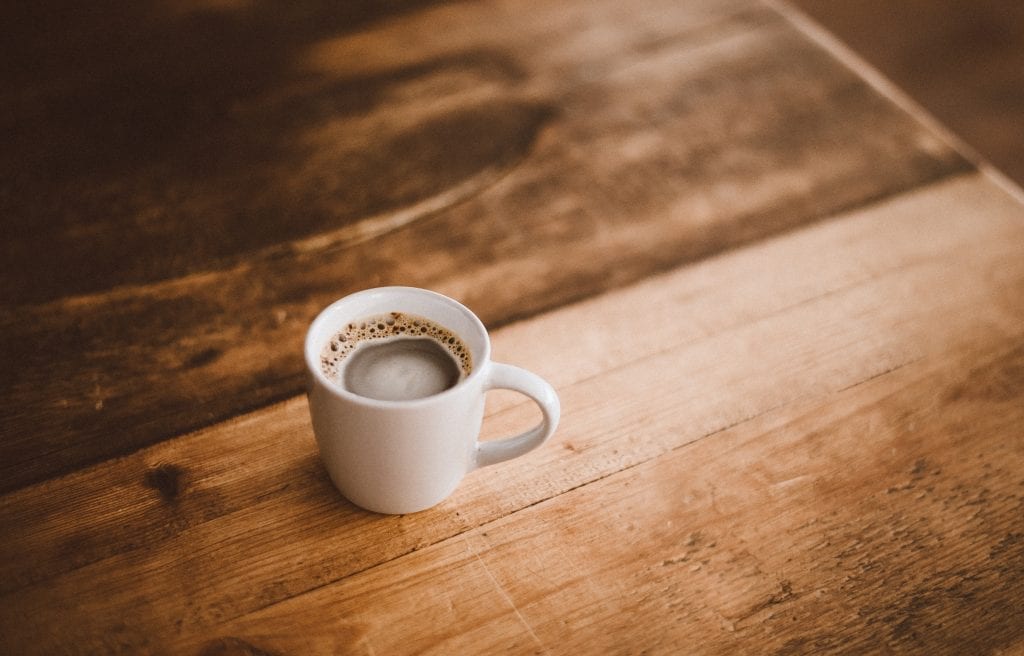 What would become my impression of this generation’s spiritual anthem of the decade played? I was stunned, rushed inside, and begged the ‘barista’ to play it again. Bless her heart, she did. It was from a brand new album, “Learning to Breathe,” from the crossover group Switchfoot. The song was, “I Dare You To Move,” by frontman Jon Foreman.

Welcome to the planet

Everybody waits for you now

dare you to lift yourself off up the floor

Welcome to the fallout

The tension is here

The tension is here

Between who you are and who you could be

Between how it is and how it should be

dare you to lift yourself up off the floor

Maybe redemption has stories to tell

Maybe forgiveness is right where where you fell

Where can you run to escape from yourself?

Where you gonna go?

Where you gonna go?

dare you to lift yourself up off the floor

*This article originally published in Issue 3 of Extracted Magazine*